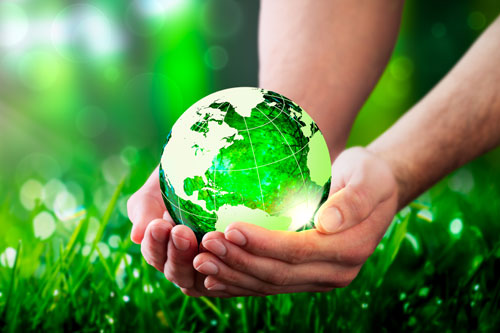 If you use heating oil in your home, you’ve probably at least heard of Bioheat.® But how much do you really know about this great new fuel, and how is it different than conventional home heating oil? Let’s take a look.

Bioheat is a fuel made by blending ultra-low sulfur heating oil (ULSHO) with biodiesel – a renewable energy resource made from vegetable oils, animal fats, recycled restaurant oils and other natural sources. Typical blends range from two to twenty percent biodiesel per gallon of fuel (the blend percentage is indicated by the “B” number in the fuel name: B5 is five percent biodiesel, for example).

In most cases, Bioheat can be used in modern heating oil equipment without modification – in fact, if you’re a current FSi customer, you’re already using Bioheat! Most major heating system manufacturers accept Bioheat as covered under their warranties for use.

The price difference between Bioheat and No. 2 heating oil is slim, with Bioheat typically costing pennies per gallon more. However, when you consider the total costs associated with the two fuels, Bioheat comes out far ahead. That’s because Bioheat burns cleaner than regular heating oil – which means your heating system will last longer, retain more of its efficiency over time, and require fewer repairs.

How does Bioheat stack up against No. 2 on environmental impact? It comes out on top there, too. Bioheat burns cleaner than common heating oil, which reduces greenhouse gas emissions (GHG) of Sulfur, Nitrogen Oxides and Carbon Dioxide.

By burning cleaner, Bioheat typically also extends the life of heating equipment, which means that fewer furnaces and boilers will find their way into the landfill.

Did you know that FSi offers Bioheat delivery in the Greater Springfield, MA area? Contact us today to learn more, or to become an FSi customer!

How to Avoid Running Out of Fuel This Winter

Renewable Propane vs. Conventional Propane: What Will Be The Difference?

Propane Vs. Natural Gas: Which is Better for Your Home?

What You Need to Know About Propane Conversions in MA & CT